What is bird safety film?

Bird safety film is a dotted or lined patterned film applied to the outside of the glass that prevents birds from getting injured. Since windows often reflect the outside surroundings, birds mistake them for an area they can fly through. The Audubon society, Solex, and Kaleidoscape teamed up to create the best patterns to apply to window film that would deter birds from hitting the glass.

Our most popular bird safety film is the Solex vertical line pattern. This film has thin, subtle lines that protect the birds, but don’t compromise the look of the glass. We’ve installed this film at the Oxville Visitor Center for Oxville Park, Twileton Walton Wildlife Refuge, and the Portland Water Treatment Plant.

Enjoy Birds Around without Worries

Why do you recommend bird safety film for residential use?

Residential and commercial customers can both benefit from applying bird safety film to their windows. Many bird lovers set up bird feeders near windows for viewing. To protect the birds, they apply the film to one or two windows near the bird feeder, so they can enjoy watching the birds come and go.

Why do you recommend bird safety film for commercial use?

In the Portland Metro area, there are a lot of birds of prey that die every year from colliding into skyscrapers. To protect the bird population, the Audubon Society has been encouraging new buildings to apply bird safety film to their windows. Some buildings can experience 10 to 15 bird strikes a day. With this safety measure, we can help reduce that.

Get A Quote
N

Going Above & Beyond is the Standard.

Learn More About US

Bird Safety Film Brands That We Love and Carry

LLumar, Vista, and CollidEscape are the main brands we carry. At Ultimate Film Pros, we pride ourselves on going above and beyond for our customers. If you have a specific brand and type of security and safety film you want to use for your project, give us a call and we will do everything we can to make that happen. 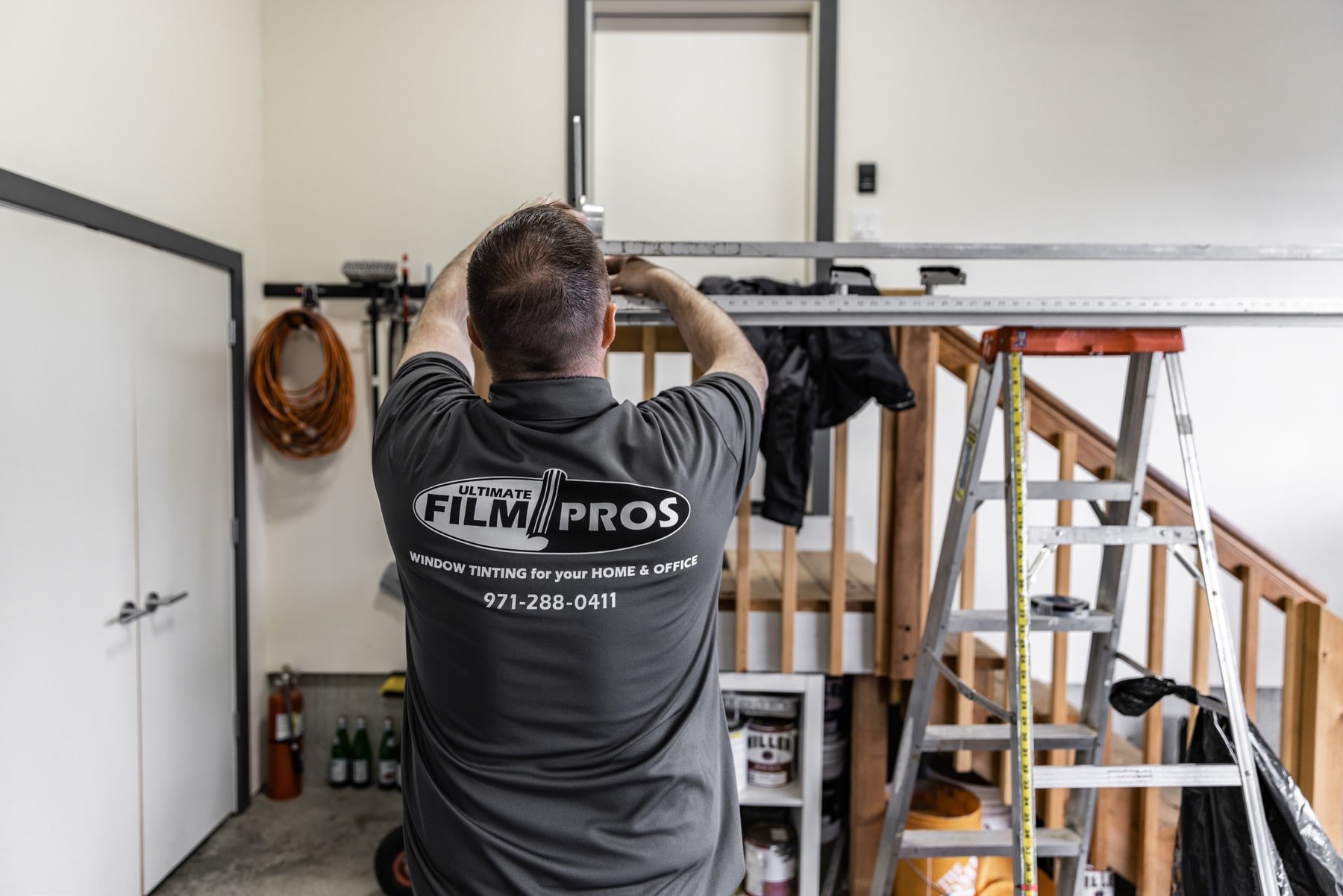 Where is bird safety film applied?

Bird safety film is applied to the outside of the glass.

Why do birds fly into glass?

Reflective characteristics of glass is the most common reason why collisions happen. Because the outside of glass reflects the environment around it, birds do not recognize it as a barrier. The birds see the reflected environment, such as trees and sky, and collide with the glass assuming it is a clear flight path.

Is bird safety film effective at preventing birds from flying into the glass?

Bird safety film is highly effective at protecting birds. Our clients have reported an 85% decrease in bird strikes since applying the film.

Get A Quote Today